PET INSURANCE – Worth a Second Look 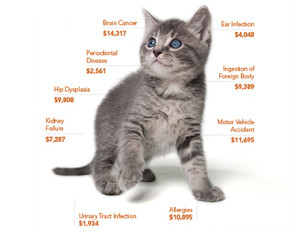 Pet Insurance has been around for a number of years now and the number of pet owners signing up for these types of policies is on the increase. Personally it is not something I have ever had or given a second thought to………..until now. Speaking from my own experience over the last few years, I don’t think I would ever again own another dog or cat without having insurance.

Late 2013 our eldest Doberman, Takoda, was diagnosed with heart disease. The cause: Canine Cardiac Arrhythmia (irregular heartbeat). Her prognosis was “guarded to poor” and we were told sudden death could occur at any time. The Specialist recommended a myriad of drugs which would help Takoda’s quality of life for the remainder of the time she did have left. The cost to us would be around $500 per month. “How long might she be expected to live” I asked our Vet. “Probably only another three months, but hard to say exactly” she replied.

Stephen and I discussed our options and decided we would go ahead with the medication for Takoda.  After all, it would only be for a few months and we wanted to do the right thing by her.

Takoda, much to her credit, died 18 months later in February of this year. During her illness, we parted out close to $9000 for her heart medication. This was money we just didn’t have lying around. We had to make sacrifices in other areas and go without. The financial strain of keeping Takoda alive caused us a lot of stress, so much so, that when she finally died instead of feeling grief, we felt relieve. A beautiful and much loved member of our family for twelve years and we hardly even mourned her passing. Takoda deserved so much better. What a difference Pet Insurance would have made. We couldn’t have done anymore for her, but it would certainly have made what we did do easier and less stressful.

I have just been told our Bengal cat, Sid, is now showing signs of early Kidney Disease. He now requires a special veterinary prescribed diet and further down the track, possibly medication. Last week Sid cost us over $1000 between three trips to our local Vet and a weekend spent at the After Hours Clinic.  And yes, you guessed it……………………no Pet Insurance.

Stephen has a Lab/Collie X. During her ten years, Roxy has had two full knee reconstructions and a couple of other minor operations on her rear legs. A total cost of over $7000. And of course there was no Pet Insurance.

The price for a Pet Insurance policy ranges from approximately $30 per month for a cat and $40 per month for a dog. There are several companies in New Zealand which now specialize in Pet Insurance so consumers can shop around for quotes and a policy which suits their pet and their pocket.  The time to take out insurance is when your pet is still young and healthy as I would imagine that just like any human health insurance; pre-existing conditions would not be covered.

If I added up the amount of money spent on veterinary treatment for our pets over the years, including vaccinations and god knows what else, the amount would be horrendous. Horrendous enough to make me sit up and take a second look at Pet Insurance.